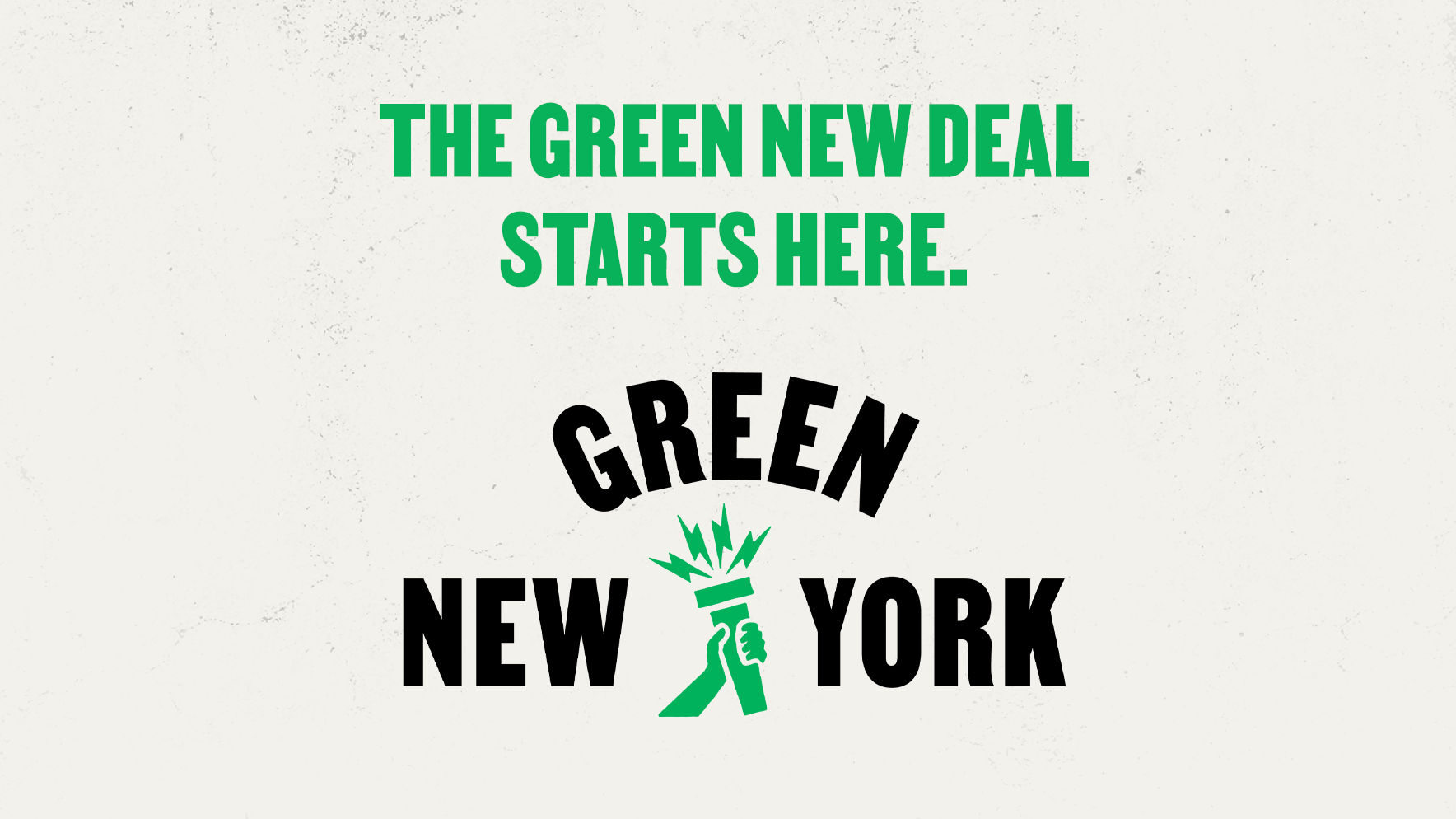 That vision, and the movement to make it a reality, is Green New York.

New York Used to be an Energy Leader

At the turn of the 20th century, New York was home to the first urban electrical networks and many of the country’s earliest hydroelectric power stations. And in 1931, FDR established the New York Power Authority and made New York a proving ground for the massive public works that would define the New Deal.  But today, after decades of deregulation, our state is behind the curve with public power.

Despite New York’s massive Democratic majority, the fossil fuel industry has a grip on our state government. That’s because…

Our most powerful leaders in Albany–like State Senator Kevin Parker and State Representative Kevin Cahill–have refused to pass any climate legislation for years, even as they fund their campaigns with donations from the earth’s major polluters. The result of Albany’s contempt for the climate crisis is a decrepit electrical grid that privileges the rich while poisoning and abandoning working-class New Yorkers, of which only 6% of the energy comes from wind and solar power—that’s one fifth as much as Texas.

We’re sick of politicians putting profit over people. So, we’re shaking things up.

New Yorkers can be Climate Champions

This fall, we’re running a slate of socialists who’ve pledged to bring power back to the public: Vanessa Agudelo, David Alexis, Kristen Gonzalez, Samy Nemir Olivares, Illapa Sairitupac, and Sarahana Shrestha. These candidates are not politicians; they’re immigrants, social workers, and community organizers, running to legislate as climate leaders. Once elected, our squad can pass the critical NY Build Public Renewables Act, which would provide New Yorkers with green energy at lower rates than we currently pay and make our state’s energy grid 100% renewable by 2040. But why believe us?

NYC-DSA taxed the rich, elected socialists to office, and beat back fracked gas plants in Queens and Newburgh that were supported by multibillion-dollar corporations. If anyone is going to launch the era of the Green New Deal, it’s us. And if it can happen here, it can happen anywhere.